In the summer of 2020, the second PyeongChang International Peace Film Festival opened its doors under the slogan, “Peace Again.” That catch-phrase summed up our dreams of recovery and peace, not just on the Korean Peninsula, but all across the world. A year has passed, and here we are, still maintaing social distance and wearing face masks, all the while being wary of new virus cases everyday. Globally, economic pain is growing and people are suffering. Peace remains elusive. The official slogan of the third edition of the PIPPF is “A New Hope.” We talk about hope amid a seemingly endless pandemic because it is what we need the most. We need to dream about returning to a normal life, albeit a new one. We need to make new rules and guidelines for a safer world. We need to find new ways to resume festivities and build new relationships with film viewers to deliver cinematic delight once again. We at the PIPFF envision a festival that brims with a genuine hope for a new future. And we also believe that a renewed hope will unite us this summer.

P.S.
Fans of the Star Wars saga will recognize the slogan from a 1977 film of the franchise. In the installment retroactively titled Star Wars: Episode IV - A New Hope, the Rebels, led by Jedi Knights, fight the mighty Imperial army and eventually achieve victory, restoring peace and order to the war-torn Galaxy. We chose the very slogan as this year’s mantra, hoping that the epic triumph over the dark side will somehow repeat itself in the pandemic-ridden world of present day. “May the Force be with you” is what they say numerous times in the film to wish good luck. Let us wish you sincerely then: “May Hope be with you.” 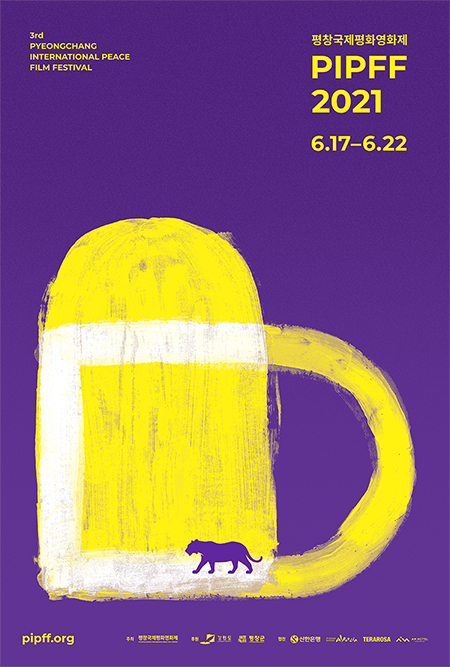 The official poster of the PyeongChang International Peace Film Festival 2021 conveys the message of “A New Hope,” which is also the slogan of this year's festival. The tiger, the symbol of the festival, walks briskly against the backdrop of a brightly lit tunnel, represents the will to come out of these seemingly endless dark times to a new path of hope. The sudden onset of the COVID-19 pandemic seems to be sending a powerful message to humanity that has long neglected the need for a harmonious coexistence with nature to pause and look back. In these extremely difficult times where our peaceful daily lives are threatened, we are holding hands with one another again to weather these challenges together. The two intersecting tunnels in the shape of a heart remind us that a sincere “heart” for one another is the strength to overcome these dark and trying times. The poster was created by PARK Sangseok, Art director at Design Nori.

This year's official trailer expresses “communication” in the pandemic era in the form of animation. Our life today seems to be at a standstill, but the desire to connect with each other through the “window” is more intense than ever. We meet friends and family virtually, understanding their lives only through the screen. This sudden change confuses us, but our desire for connection keeps us going. The 2021 official trailer was produced by director KIM Seunghee, who won the Grand Jury prize in Korean Short Film Competition at PIPFF 2020 with Tiger and Ox. The upbeat and powerful trailer music is by KIRARA. The electronic artist has released five EPs and three regular albums, and holds over 40 performances a year. 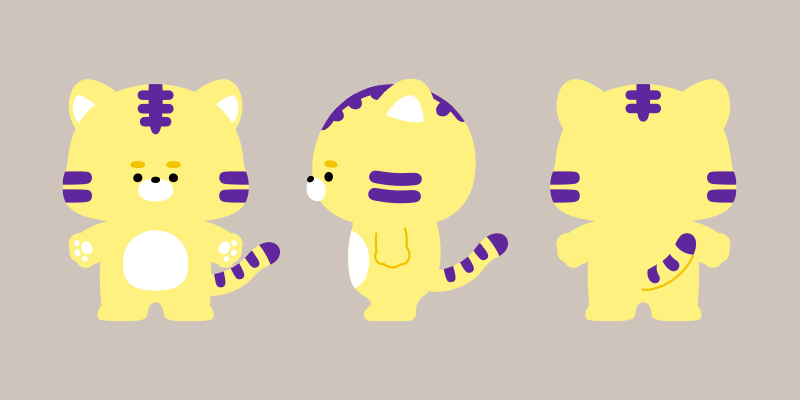 “Pyeongbeomi,” meaning ordinary in Korean, is the name of PIPFF’s character, an “anything-but-ordinary” tiger cub living in the new normal world. A two heads tall tiger with a prominent forehead and a coat of bright yellow and purple stripes, Pyeongbeomi has a merry temperament and hopes for world peace. The character was created by K-Comics, based on the image of a tiger reflecting the identity of the festival. PIPFF 2021 has produced 16 Pyeongbeomi emoticons to be given away to the first 25,000 people adding the PIPFF channel on Kakaotalk. Pyeongbeomi will meet the audience in many parts of the festival, including the official festival map, cinema etiquette video, and stamp tour.