June of 2020 is a historical month as we commemorate the 20th anniversary of the June 15 Inter-Korean Joint Declaration as well as the outbreak of the Korean War on June 25, 70 years ago. It is between these two symbolic dates that the PIPFF is taking place - from 18 to 23, June. The subtle timing serves as a bitter reminder of reality - despite recent efforts to bring peace, the massive wall separating the two Koreas seems not to have moved an inch. The 2020 PIPFF will be an opportunity to reaffirm our desire and determination to usher in peace. With a befitting slogan "Peace Again" at the forefront, overall programs are weaved around the central theme of peace. The festivities will offer a venue for celebration of peace in the broader context as well, beyond the challenge of overcoming a separated Korea.

2We still remember the profoundly moving, historical moment of the leaders of the South and the North approaching each other toward the Military Demarcation Line at Panmunjeom at 9:30am on April 27th, 2018. What used to be the line of taboo that separated the Korean race for 70 years has become a promising place to take the first step towards peace and hope.

The identity of PyeongChang International Peace Film Festival (PIPFF) depicts the two figures stepping closer to each other with the line in the middle, which symbolizes separation and opposition. Despite the reality where people are divided and oppose one another due to political differences or unwillingness to accept different religion, people, and economic environments, the festival identity channels the hope for the moment when we ‘hold hands to cross the line’ after taking a step closer to each other.

The two keywords of PIPFF are PyeongChang and Peace. The Korean vowel for P found in both words, “ㅍ,” is juxtaposed geometrically to depict the uniqueness of PIPFF. For the color, we have mixed blue and red, corresponding to the South and the North, to create purple, emphasizing the message of harmony and peace. 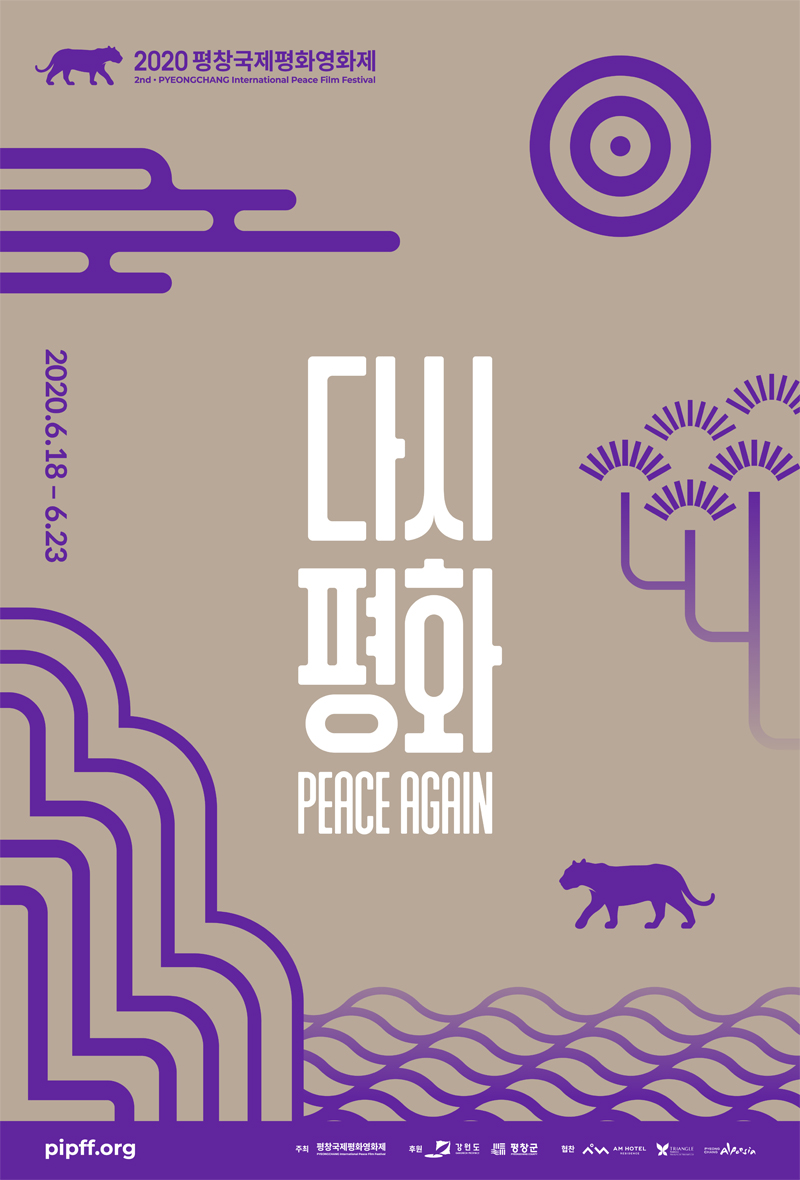 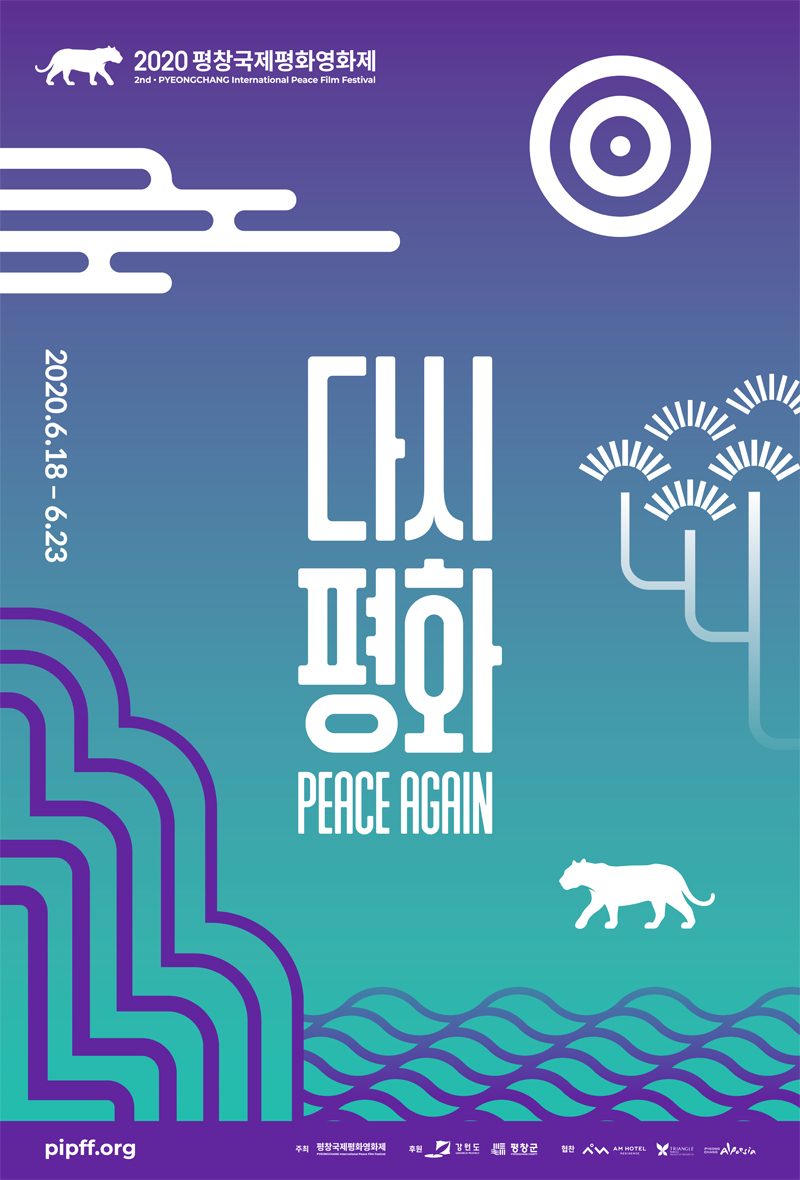 The official poster is rendered in the style of Minhwa, or Korean traditional folk paintings. The artwork features a tiger, the festival's symbolic animal, roaming around Pyeongchang. At a time when every corner of the planet is hit by the coronavirus, the hope for peace is ever growing - not only in the ideological sense of ending confrontation and hostility, but also in the broader context of the humanity's survival, as we fight to recover from an unprecedented crisis and gain stability and resilience once and for all. The beautiful landscape of Gangwon and the free-roaming tiger represent our resolve to rise above the challenge and return to normality with the comforting and healing power of art.

The official trailers for PIPFF 2020 was directed by director Im Heung-soon. The director, who has been expanding his artistic repertoire as an artist-cum-filmmaker, depicts the stories of people whose lives have been shaped by political, social, national, and capitalist conditions. He directed the critically acclaimed Jeju Prayer (2012), Factory Complex (2014), Korea’s first film to win the Silver Lion at the Venice Biennale, and Things That Do Us Part (2019) presented at Korea’s Museum of Modern and Contemporary Art. His works have been exhibited in numerous art museums, including Carnegie International, House of the World’s Cultures in Berlin, Pompidou Center in Paris, and Film at Lincoln Center in New York. He participated in the group exhibition The People of the Kaesong Industrial Complex at PIPFF 2019.

Solaris features the sky looked up near the 455-year-old protected tree and the Doam Dam Reservoir located in Pyeongchang-eup. Clouds drifting freely through the sky metaphorically represent the division of the nation and the recovery of the shared history. Portraying the vitality of the sky, clouds, and wind in Pyeonchang, along with their longstanding desire for peace in nature and human beings, the trailer seeks to convey a message of hope to people struggling with the impact of COVID-19.

Whistle features road signs and landscape, starting at Jijeong Tunnel 2 via Pyeongchang all the way to Myungpa Beach, South Korea’s northernmost beach. Along the way, it presents barbed wire fences on the coastal trail in Goseong, a symbol of the national division, Hwajinpo, DMZ Museum, and Unification Observatory. Reverse motion photography was used to highlight the theme “Peace Again,” conveying the message of “thinking of peace again.”