Adventures of a Mathematician is based on the memoir by Stanisław Ulam, a Jewish Polish mathematician who played a crucial role in the development of the atomic bomb that was dropped on Hiroshima and Nagasaki during World War II. It is a dramatical portrayal of the irony inherent in Ulam's life, as he goes from a victim of the war who lost his loved ones to the Nazis to being a significant contributor behind the creation of the most inhuman weapon of destruction to date.
This adventure led by an ambitious and humorous young scientist is more like a never ending story where death and birth, tragedy and luck constantly change each other's place and run towards an unpredictable ending.
The cinematography and music are by the best Head of Departments who collaborated also with the masters of Eastern European cinema such as Agnieszka Holland and Cristian Mungiu, and the provocative acting of the actors including Philip Tlokinsky in the role of the protagonist Stan Ulam, convey the theme of the irony of war. 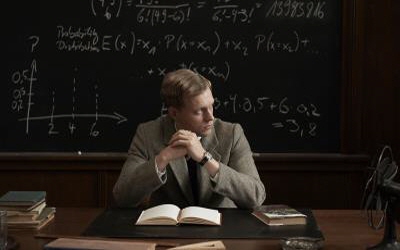 Adventures of a Mathematician